Fill out this form for information about coachings, bookings and rates. 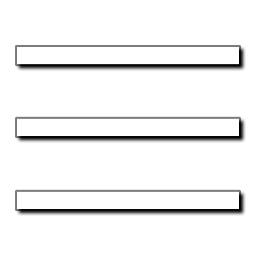 Brad Gardner is a music director, conductor, and pianist with a decade of professional experience in New York City and around the country. Originally from North Carolina, Brad now calls New York (and occasionally San Francisco) home. Over the past few years, Brad has traveled the United States with various national tours, including An American In Paris, Aladdin, and Something Rotten. This fall, he will be expanding his travels to Asia, to music direct the Japanese premier of An American In Paris with the Shiki Theatre.

‍In New York, Brad has worked in a number of capacities on manyshows, including Mean Girls, The Addams Family, Silence! The Musical, Lucky Guy, and an extensive list of concerts at Feinstein’s/54 Below. In 2012, he had the pleasure of being on the music team for the premier of Marvin Hamlisch’s The Nutty Professor, directed by Jerry Lewis. Brad has worked extensively in regional theatre around the country, including numerous shows at: Arena Stage, Goodspeed Opera House, Denver Center, Tennessee Performing Arts Center, North Carolina Theatre, and North Shore Music Theatre.

As an educator, Brad was part of the original creative team of the Arena Stage Academy, which he saw through for its first eight years of operation at Arena Stage in Washington, DC. In New York, Brad is proud to have been a part of Story Shifters, a theatre education whose goal is to build literacy and social skills through theatre arts, specifically in students who are on the autism spectrum or have other neurological impairments. Other programs he has been associated with are the Performing arts Project, National YoungArts Foundation, Paper Mill Playhouse Summer Conservatory, Broadway Classroom, and the Jimmy Awards. He also maintains many notable artists in his private coaching studio.

Brad is joining the national tour of Aladdin beginning in February 2019.

an American in Paris

This winter, Brad will be music directing An American In Paris with the Shiki Theatre Company in Tokyo, Japan.

Get in touch today.

With over a decade of professional theatre experience, I’ve coached artists at every level of their artistic journey, from beginner students to broadway performers. Whether it’s coaching your callback material, building your book, or finding better cuts, I can help you feel more confident and prepared for your next opportunity.